It is my pleasure to introduce another fabulous Evernight author. Please welcome Laura Horwitz and her flirty nemesis Lola Drake.

Ousted from Olympus until he can restore true love to the world, Eros stumbles upon a match made in heaven – if they can survive hell first.

Juliet doesn’t have much in common with her namesake. Her career-centric life sorely lacks romance. Then one night everything changes when she witnesses a gang shooting, and she ends up a victim herself.

FBI Agent Jake Parker has known Juliet for years, but only as the baby sister of his best friend. He still imagines her as the awkward teenager she used to be. When Jake must protect Juliet from the gang determined to eliminate the only witness who can testify against them, he discovers that he’s not the only one who’s changed in the last ten years.

As sparks fly and the danger mounts, Juliet and Jake must decide what they’re willing to risk in the pursuit of what’s possibly true love’s kiss.

Ready for more? Here’s an excerpt that’s going to leave you wanting to find out what happens next. 🙂

While the area typically swarmed with tourists and locals alike during the day, at night darkness consumed this desolate end of the boardwalk, giving it a quietly sinister air. Strange shadows fell from the outdoor gym equipment, crisscrossed by the lines in the fence surrounding it. Steel shutters covered the entrances to most of the stores, many marked by graffiti. Gentle singing drew her gaze to a homeless man huddled over a garbage can searching for scraps. He had a pretty good voice, but the soft sound amid the surrounding emptiness only served to enhance the disturbing sensation that washed over her.

As her fight with Brad replayed in her mind, Juliet walked practically alongside a small group of men before she consciously noticed them. With her footsteps muffled by the soft sand, they hadn’t spotted her either.

The gunshot changed all that.

Her head whipped towards the sound. What she had assumed were a group of men talking coalesced into four Latinos holding guns on two African-American boys quivering before them. A third lay dead on the sand, blood pooling under his head in a puddle that appeared almost black. The hole in his forehead looked like movie makeup. It couldn’t be real. This couldn’t be real.

One of the remaining boys, who looked young enough to still be in high school, sobbed openly as he pleaded for his life. His companion remained stoic, staring down the leader of the Latino group and, in a final moment of defiance, spitting at him. The leader fired, shooting him and his friend again and again. The shots echoed across the buildings, but no one emerged to investigate. A faint trail of smoke drifted up from the barrel as he at last lowered his gun to his side.

That final movement shook Juliet out of her frozen stupor and she let out an involuntary scream. Jerking his head around at the distinct noise, the leader’s gaze fell upon her, his eyes narrowing. Juliet couldn’t understand what they shouted at her in Spanish, but instinct kicked in and her legs started moving faster than they ever had before. Gunshots rang out behind her and she felt a bullet whiz by her ear. Pain exploded through her right arm and fire blazed across her hip. Still, she kept running, stumbling on the sand, her lungs burning, knowing she would die if she stopped. At last her feet touched the cool cement of the boardwalk, allowing her to pick up speed as she sprinted back toward Venice Boulevard and the safety of a crowd.

The gang continued to gain on her. Her vision started to blur and her legs felt like rubber, her steps beginning to falter as she grew weaker. Blood dripped down her arm, soaking through her blouse. At last, with her pursuers practically on her heels, she turned onto Venice Boulevard and slammed straight into that pudgy, bald man she’d seen at the bar.

“Help me,” she begged, collapsing against him. Nearby someone screamed. A crowd began to gather as darkness enfolded Juliet and she slipped into unconsciousness.

And now for an interview with a bit of a twist.

Lola Drake agreed to sit down with her alter-ego, Laura Horwitz, to have a somewhat schizophrenic interview about her new book, “Pursuit of a Kiss.”

Laura Horwitz: What decided you on writing?

Lola Drake: I’ve actually been writing since I was eight-years-old when I came up with a story about a magical pumpkin, although my parents say it started long before that. Apparently when I played with my Barbie dolls I ignored the clothes and instead made up elaborate backstories for all of the characters. So I never consciously decided to be a writer, it’s just all I’ve ever wanted to be

LH: That’s so funny, I was the same way as a kid! I guess your career chooses you sometimes. What draws you to the romance genre?

LD: Whenever I’m upset or having a stressful day, I love pouring a glass of wine and curling up with a great romance. The happy endings always make me smile. For my own writing, I tend to prefer romantic suspense, since I like to discuss actual world and social issues but sugarcoat them inside a romance to make it easier for people to read about them.

LH: I write about social issues too, but primarily in creative non-fiction and the occasional novel. How do you incorporate these issues into a romance?

LD: Well, for instance, I got the idea for “Pursuit of a Kiss” after reading about a local gang shooting. I know LA has gangs, but since I don’t come across them on a regular basis it’s easy to forget about this pervasive problem. Of course, many people – myself included – prefer to read happy topics rather than depressing ones when picking up a book, so I find romantic suspense allows me to explore issues like gangs while still giving the audience a happy ending.

LD: I tend to think of the plot first, most of the time. As I mentioned for “Pursuit of a Kiss,” I had the idea of writing a suspense novel centered around a gang shooting. Then I decided the heroine would witness this shooting, and the hero therefore had to be someone who could help protect her. The story evolved from there. Every so often I get an idea for a setting or character and build on that, but generally I think of the overall story first.

LH: Do you ever have trouble getting into the ‘writing zone’?

LD: Of course. I think all writers have days when the words simply won’t come. Most days I try to make myself write anyway, even if I only get through a page or two that have to be cut and rewritten later. Other days it’s really easy to procrastinate, like I’ll suddenly decide I must do laundry, clean my apartment, or go to the beach. J

LH: If you had to describe yourself, what three words best suit you?

LD: To borrow from one of my favorite movies, Romancing the Stone, I’m a hopeful romantic. If that counts as a single term, then I’d say I’m also easy-going and passionate.

LH: If someone else described you, what three words would they use? *evil grin*

LD: An ex-boyfriend actually got in touch yesterday to congratulate me on the book, and gave me one of the nicest descriptions of myself I’ve ever heard: “sweet, angelic, conversationalist, fun, smart, sexy, and mischievous.” Since he’s somewhat biased, however, I think most of my friends would say I’m emotional, loyal, and (if I’m allowed to use multiple words) someone who makes really bad decisions when it comes to men. But I guess that’s why I’m drawn to romance – the heroine can make mistakes and still find a guy who adores her above all others in the end.

Dessert? Just about anything chocolate, but I love chocolate lava cakes and chocolate mousse.

Holiday? Does my birthday count? 🙂

Vacation Spot? Tough call, since it depends on my mood. If I have to choose I’d say Hawaii for relaxing, Paris or Rome for atmosphere and sight-seeing.

LH: Do you think you’ll try your hand at different genres in the future? If so, which ones?

LD: Since you created me to be the face of our romance genre books, I think I’ll leave the other genres we love to you.

LH: What pearls of wisdom would you like to impart to aspiring writers?

LD: Never give up, no matter what anyone tells you. A well-known screenwriter once said to me that to be successful it’s 1% talent and 99% perseverance. Most people give up. Don’t be one of them.

Pursuit of a Kiss releases today through Evernight Publishing. http://www.evernightpublishing.com/pursuit-of-a-kiss-by-lola-drake/

Remember to take advantage of Evernight’s New Release promotion…15% off for the first 2 weeks.

Where can you be found:

Please comment on this blog post for a chance to win a free copy of Pursuit of a Kiss.

2 comments on “Spotlight on Laura Horwitz, aka Lola Drake!!!”

TBR Book of the Month for December,2011 - Zakia and the Cowboy

couple man and woman – romantic dawn at the beach 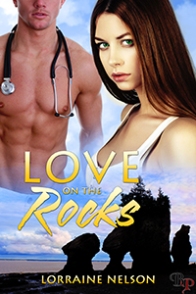 A Bestseller in the UK!!! 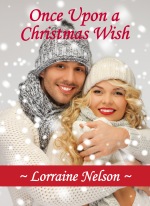 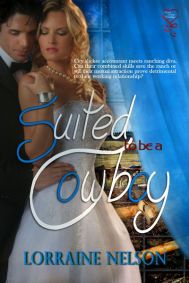 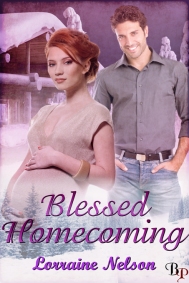